Race Schedule for 2011 and Training 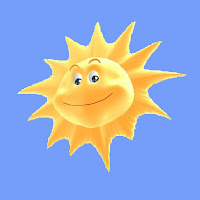 What a treat to run in shorts and no hat yesterday…or was that just a dream.  This morning I awoke to reality, 20 degrees with the wind blowing 20 or so, wind chill about 5 degrees.  Yes, winter is still here.  I was waiting for Aliza to arrive for our Saturday morning run but just got an email, cancelled.  I guess I’m on my own.    A quick waffle, a cup of tea and out the door I will go.

I feel more motivated now to get out and run as I committed myself to another race last night after buying my plane ticket.  In just two weeks from today, I will be in Texas so no excuses to sit by the fire this morning.  And two nights ago I committed to running the VT 100 again.  Anyway, here’s the lineup as it’s shaping up for 2011, of course all subject to change;


July 16, 2011, Vermont 100 Mile.
August 26, 2011, Ultra-Trail Du Mont-Blanc 100 Mile in Europe.
And of course there will be the weekly 5K Tuesday night trail races at Catamount Family Outdoor Center in Williston from the end of May through September and I’m sure numerous GMAA races.

Now I need to come up with a training schedule for myself.  I’ve been winging it so far this year but have been putting in 80 and 90 mile weeks since the beginning of the year with my last 100 mile run in December so I guess I should be ready for a 50 mile race in two weeks as long as it’s not too hot.  No heat training as of yet, unless yesterday’s run (which started in the 50’s and dropped to the 40’s by the time I got home), counts so I better dig out the electrolyte pills.  The rest of the training has been alternating hard and easy days and always throwing in at least one 20 mile+ run a week, sometimes two.  I’ve had some good longer runs on the rolling back roads of East Charlotte and have done a little speed work on some longer runs with Aliza. And I’ve run some of the Richmond group Sunday runs with the GMAA folks followed up with incredible feeding, yes I like to eat.  I’ve been trying to do more cross training this year too.  I get out twice a week on my skis, either lift serviced alpine skiing or skinning up.  Sledding with my Hammerhead Sled, I’ve been doing some hiking up Mt. Philo for speed runs down.  And I’ve been doing core workouts 5 days a week for 4 hours at a time getting up at 4:00 AM.  Oh, that’s my early morning part-time job at UPS loading trucks with packages that weigh up to 150 pounds as they come off a moving conveyor belt.  A fellow worker had a pedometer on one day to see how far we “walk at a brisk pace” during the shift.  I think we calculated it was close to 10 miles a day while lifting and loading.  I’m still trying to figure out how that fits into my training.  All I know is it takes all day to recover before I want to run. 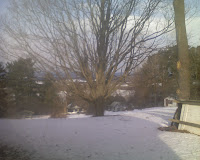 Anyway, that’s it for now.  I guess it’s time to put on the layers and head out the door for another adventure.  It's cold out there!