RUNNING NEWS FROM THE LAST 6 MONTHS :)

OK, I've been really bad about keeping up with the Blog this year but I've been so wicked busy that I rarely have time to sit down for any length of time.  But finally, things have somewhat calmed down or have come to a state of well being and normal craziness.

Not a lot of time to really race this year but have had the opportunity to throw down a few races for training.

January 2014:  Went on a last minute trip to visit with John in Arizona.  John so happens to have a house there and was there during January and with a free plane ticket this was a no brainer to break away from Vermont to run in shorts mid winter.


COLD WATER RUMBLE 50K:  Somewhere west of Phoenix.  Left Burlington VT at 13 below zero on a Thursday morning.  Flight disaster getting there as usual.  Thanks United!!  Instead of arriving before noon, arrived near 9 pm.  Did manage to get some run time in at the Houston airport as I was stranded there for hours.  They have a great carpeted 1 mile run in the basement where you can do speedwork racing the trains.

Saturday morning race starting at 8:00 AM.
For once in my life I was smart and only signed up for the 50K.  Not much training and no heat training.  It quickly warmed up to near 80 degrees in the sun and running in a desert with absolutely no shade among the cacti plants and sand.  I was good for about 20 miles before dehydration and cramping kicked in.  So I had to back it off.  And took a wicked crash at about mile 27 landing on some hard dirt and rock.

Limped it in to a 4th place overall finish.  Was still nice to visit with John and leave the VT winter temporarily.  Bret Sarnquist, formerly a running friend from VT who now resides in Arizona took top honors.  Way to go Bret!!


SLEEPY HOLLOW MOUNTAIN RACE, May 4, 2014.  This was a short 10k mountain race, up and down, up and down at Sleepy Hollow XC Center in Huntington, VT.  Close to home and I was around so I figured why not and a good tune up for Quadrock the next weekend.  Race conditions were full on mud and it was a blast.  I think I ran with a smile the whole time, jumping in and through huge mud holes.  Won some maple syrup too:) 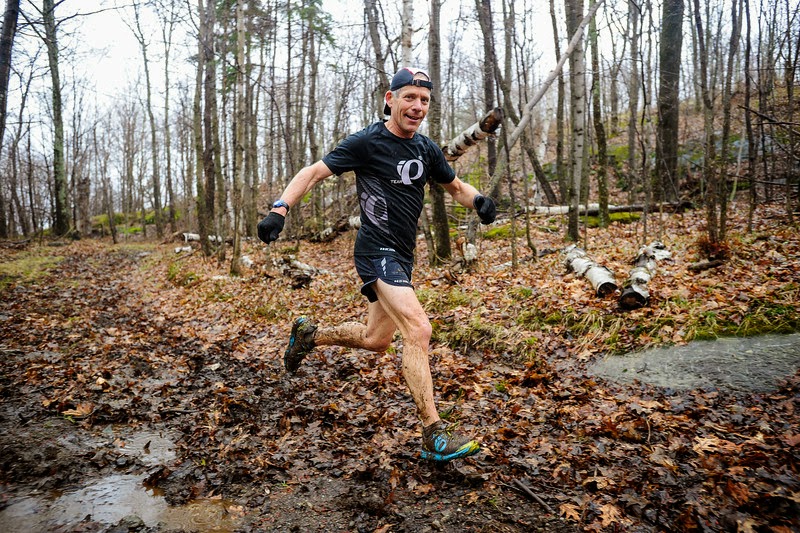 QUADROCK 50 MILER, May 10, 2014 near Fort Collins, CO.  Another last minute thought.  I had to be just outside of Boulder for the Pearl Izumi National Sales Meeting and so happened to find a race near by just days before the meeting.

Again, minimal training and no altitude training.  But who needs altitude training as the course barely got up over 7,000 feet with 11,575 feet of vertical gain.  As it turned out, I realized I had been training at 150-250 feet in elevation all winter with no trips even to Mansfield at 4395 feet.  I ran out fast with all the other youngins and by mile 2 was seriously overheated and sucking wind bad.  I pulled over to regroup, delayer and let the heart rate simmer down a bit.  Then I went out and ran my own race.  The course was awesome.  Lots of ups and downs, steep climbing switchbacks, great views and a well run race.  This was a 2 lapper.  You run it one way, come in and then go out and run it in reverse.  It got warm enough during most of the race to get somewhat dehydrated and have some cramping issues but near the end the weather changed and temps were dropping with some drizzle.  I think I finished with a new PW for a 50 miler.  (Personal Worst as opposed to PB, Personal Best).  Still had a lot of fun.


KEYBANK VERMONT CITY MARATHON, Burlington, VT., May 21, 2014.  As has been the case for the last 4 or so years, I have the position of Pace Team Coordinator.  I recruit, organize and manage 18 awesome runners who will run at specific pace times to get runners in at a certain goal time.  As the coordinator I have no specific group but am there as a reserve if a pacer has last minute issues and can't run. If all show up at the start line, I can run the race but if not, I fill in as a pacer.  This year again I was blessed with great pacers who did show up so once I got them together and in the corrals I headed to the start line to run.  And as usual as I'm heading over to the start line the National Anthem plays.  Then it's a quick dash to the start line, turn around and race.  Not much time to think about it.  I saw Tony on the line and he asked if I was running 6:15 pace so we could run together.  Not happening....Two weeks earlier I ran the Quadrock 50, did minimal speed work here and there so my goal was survival and to actually go slower than usual so I could hopefully come in under 3:00.  That time is an aging time frame that I'm deathly afraid of.  I've been running sub 3 marathons consistently at VCM since 2004.  My fear is that if I can't do a sub 3 then I'm really getting old and going down that other path.  Some day it will happen but until then I run in fear.  I went out much slower than usual, just as planned trying to run a more even pace throughout and had one of the slower half's ever in a marathon, all good.  Felt good going up Battery Hill. 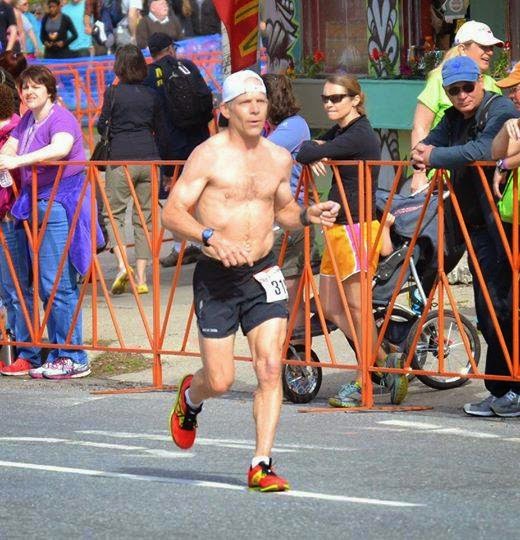 Then something happened, by mile 16 the wheels just fell off completely.  Everything hurt from my head to my feet and the legs were totally dead.  I went from a 6:30-6:45 pace to more of a 7:30 pace.  I tried running backwards, sideways, stretching and nothing helped.  I ran though the neighborhoods looking at my watch thinking I'm done, I've hit the old age wall and this is it.  By around mile 18 I finally conceded that I had gone over the edge and was on the downward cycle and was trying to accept that....I figured I was so slow I could just wait for one of the pace groups and run in with them.  By mile 19 I was struggling physically and mentally with this whole thing and decided I wasn't ready to accept being old yet.  I made a plan that at mile 20 I would kick it in and if all went well might get in just under 3 if I could get back to a 6:45 pace for the last 6 miles.  I kept my slow slogging going, downed a gel with caffeine, had a drink and as soon I hit that mile 20 I took off.  I was running scared but knew what I had to do.  I started passing others who had passed me in my 6 mile death march and was actually feeling good.
All those aches and pains were gone and I was cruising again.  I ended up passing 12 runners during the last 6 miles.  I crossed the finish line in 2:58:22, escaped another year of "Father Time".  It's amazing what you can do when you put your mind to it.

Now that the marathon was over I had 3 weeks to finish projects around the new house for the "family wedding" in June to be held at our new home.  Biggest concern was getting in the lawn which was still a mudpit a few weeks earlier. And I decided to build a mudroom addition for the dogs 2 weeks before the wedding.  In the end it all somehow happened and now I'm officially married to Kristin Lundy :) 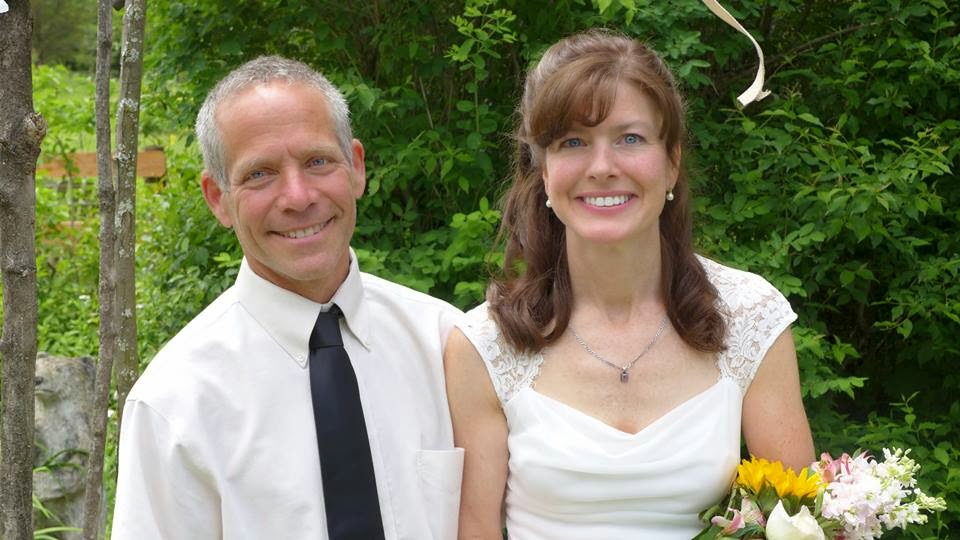 For our honeymoon we decided to have some fun and go for a jump.

Here's the house, projects are still underway but the pressure is slightly off so maybe I can train for the fall season ahead.  Need to find a fun 100 miler in Oct./November and some other shorter races leading up to it.


Oh, and the newest addition to the family, Charlotte.  Will she be a running dog??


Look for some race reports coming soon when I
figure out what I'm racing. 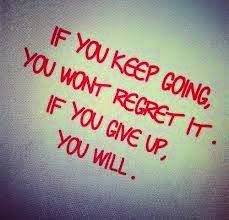