THE 24 HOURS of CHRISTMAS ADVENTURES 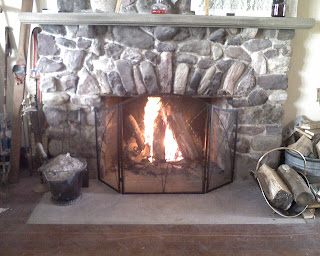 Impressive. You should be a motivational speaker. I'm serious. S

Jack, I feel the Christmas Alone thing... not so much fun - I love the way you're dealing with it - Run On!
Lou

Your a machine. Happy Holidays!

I just read your blog -- truly amazing :) Sounds like you enjoyed your Christmas in a way that very few people can even comprehend. Your lust for life is contagious and you really would make a good motivational speaker. An adventure like this sets a new standard for kids (and even lazy-ass adults) to realize that it's not "too cold", they're not "too tired" and it's not "too hard" -- hell, it makes me want to go for a run! But right now it's snowing and my foot hurts ;)

I REALLY like your quote at the end "The longer I run, the smaller the problems become". If you don't mind, I'm going to make that my motto for 2011 -- I think I should put that on my shirts where everyone can see it! Maybe they will stop asking stupid questions about why I want to run so bad. Then I'll give them the link to your Christmas blog.

Have a GREAT New Year! Maybe our paths will cross in 2011 :) Especially if I get a good head start ;)

You are a freakin' animal!

Jack, you've gotta write about loggng the miles in D.C. on a layover coming back from Nationals.