This was a non-stop week and weekend for me.  It started with the beginning of the Christmas Season Elf work at Dakin Farm.  Since 1981 I have been helping out with the distribution of gifts to people all over the US and occasionally other parts of the world.  So for the next month I will be busy.  Luckily there are 24 hours in a day so I will be running whenever the schedule allows. 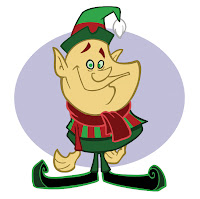 Then a trip down to visit Mom in CT for Thanksgiving.  A time to sit an relax a bit and enjoy some Champagne with Mom and my sister and niece.  But before enjoying any Champagne I had signed myself up for some races in CT.  With the National XC Club Championships coming up on Dec. 10th, I knew I needed more speed work.  So early Thanksgiving morning I was up.  I had about a 50 minute drive to Southport, CT for the 34th annual Thanksgiving Day 5 Mile Road Race put on by the Pequot Runners.

I've run this race in the past but each year it has become more popular.  This year there were 4223 runners competing in the 5 mile race.  The crazy part is it starts on a narrow back street, jam packed with runners.  The bagpipes play to get you motivated at the start and then it's an all out blast of runners trying not to trip on one and other.  For the first 100 yards it's tricky but after that it mellows out.  The course runs close to and along the Long Island Sound with some awesome views and magnificent homes along the way.  The first mile went well holding a 5:53 pace.  Just right to start.  I ate a GU gel just before the start which seemed to be just the right amount of fuel needed for this short run.  My goal was to try to average around a 6 minute mile for the 5 miles.  After that first mile, I settled in to a comfortable pace and just kept moving.  For the next 2 miles I was holding strong without really thinking about it.  But by mile 4, I was fading a bit.  Not sure why but I had somehow hit the 4 mile marker at 6:12.  I kicked it in a bit for the last mile and finished in 30:10.  Nothing spectacular but a 6:02 average and near my goal for the day.  I wore the Mizuno Musha 2's which worked fine on this fast and short course.

And I felt fine afterwards to go run for a good cool down so I guess a good day.  I ended up 52nd overall out of 4223 finishers and 3rd in my age group out of 389 50 year old runners, enough to get an age award plaque.  The best part was after the race and cool down run.  They had a massage therapist giving free massages.  She did an awesome massage and worked on me for 20-30 minutes!  Thanks Heather!  They also have a great raffle with the top prize this year being a brand new mountain bike.  No I didn't win it but still had a fun time hoping to win. 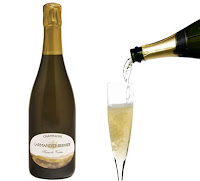 Thursday night we did get into the Champagne.  Mom, Pam and I went through 3 bottles that evening.  Luckily I didn't have to go anywhere.  And this was also the first time ever in my life that I celebrated Thanksgiving without eating any meat.  That's right, no turkey.  Why?  Ever since going to Europe and seeing how they eat and how healthy they are and also from watching the movie, Forks Over Knives, I've been freaked out over the whole meat industry and decided to try to eliminate meat from my diet.  I also was looking to try something to get some energy back in my system and to eliminate the highs and lows I usually deal with.  So for the last month I have weaned myself completely off of meat.  I eat way more vegetable and fruit.  So far so good and mom cooked a fabulous dinner with all the fixings so I didn't even miss the turkey.  Thanks Mom!

Friday morning, a time to burnout all that Champagne from the night before.  I had a great trail run through an area known as East Hill Woods and then ran to the Bend of the River Audubon Center to run around the perimeter trails of the park and then back to the East Hill Woods.  In all a good solid 2 hour run.

Saturday morning, up early again.  This time to head down to Trumbull, CT for the 16th running of the Cow Chip XC Race put on by Club CT. I guess the course can vary from year to year but this year was basically a 5k course from the Trumbull High School and running around the athletic fields but also into the back woods trails.  I thought this would be a great trainer for Seattle and was psyched to run this course.  I brought down my Mizuno Kaza spikes but there was just a little too much pavement and gravel plus it wasn't all that muddy so I stuck to my Mizuno Cabrakan Trail shoes.  The first part of the course has you running 2 loops around the llama pen. The first loop you have to hurdle a stone wall.  Going around the llama pen the second time, it was quite congested as you were lapping many of the other runners, then you had to veer off to continue on and go around the football fields and through the first section of woods.  As we broke away from the llama pen I could see the 2 leaders already getting a good lead but there were also a number of others runners to deal with.  Slowly I was able to get on track and pass most of them.  Dave Rivard-Lentz was still in front but by the time we got to the first woods section I passed him.  He stayed right behind me for quite a while which was great to keep me moving as too many times I get in a rut and back off.  I could hear him behind me all along the fields heading up to the next section of woods.  As we ran through he woods, I could still hear him but
on any uphills he would fade a bit and then eventually catch up.  But as we headed out of the woods on a slight uphill I pushed a bit harder and saw that he had faded back.  With about a mile to go I just had to maintain a good steady pace and try not to space out as usual.  The 2 front runners where about a minute or so ahead so there was no way to catch them.  The last mile consisted of mostly running through the athletic fields and some other open areas all the way to the finish.  In the end I finished 3rd overall, first in the age group.  Apparently some of the other guys in the 50's age group, George Buchanan (last years overall winner) and Rob Beattie, had mistakenly run the llama loop 3 times instead of 2 so they were back a bit.  They do have some awesome runners in the 50's age group so hopefully I can return to run with them as well.  This was a really fun race with about 250 mostly local runners and well organized.  Thanks to the RD, Marty Schaivone.


After the race it was back to Mom's for a quick lunch and then on the road to VT.  When I arrived home the first thing I noticed was the ground still covered with snow.  I guess winter is here.  After a good night's sleep I was up for a light breakfast and then off for the weekly 20 miler.  I awoke to some fairly warm temps so I guess winter was not really here yet.  I put on the shorts and off I went only to overheat in the first two miles.  Luckily I was ok taking off a layer on top.  Then the stomach kicked in.  I probably shouldn't have used all that hot sauce last night with my burritos.  A quick trip to the woods fixed that.  But I soon discovered that I didn't have a lot of energy either so I figured a long slow run was in order.  I was good until about 15 miles in and then the wheels were starting to fall off.  Doing my usual "experimenting"  I didn't eat enough for breakfast and didn't take any fluids or gels with me for the run.  So as usual it was must a matter of time before I bonked.  By mile 15 I was totally dehydrated and at the point of getting dizzy.  I found a nice patch of sort of clean snow in the woods and munched on that for a while.  I felt a little better, enough to get me back home without passing out.  I jumped on the scale later on and noticed I was down considerably in weight, yes needed way more food which I knew from the start.  Luckily I do this more on my training runs and usually by race day have it dialed in.  Always trying to see what the body can do and where the limitations are.


So that was the long weekend in preparation for the Nationals coming up in two weeks.  Next up for the final preparation will be the Santa Claus 5k run in Burlington, VT next weekend.  With about 1200 Santas, it should be a race to remember! 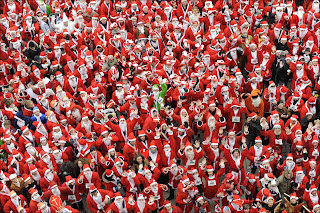 It will be interesting to see how going vegetarian affects your performances.I know it works for some people.