As a GMAA Team we were finally somewhat organized and ready to head to Seattle for the Nationals.  It was not easy to get a full team together this year with injuries and conflicting activities but in the end we brought over 6 runners for our 50’s age group team.  Our captain, Norm Larson along with Tony Bates, Kevin McMahon, Lyman Clark, Keith Woodward and myself.  You need 5 to officially score as a team.  More than 100 clubs and 1,100 competitors were to compete at Jefferson Park Golf Course in the Emerald City, Seattle. USATF Pacific Northwest, Club Northwest, the Seattle Sports Commission, the Seattle Parks & Recreation Department, and ProMotion Events worked hard to provide a complete championship experience with a Northwest flavor!

On Thursday morning five of us flew together from Burlington to Seattle with a short layover in Chicago.  It was a cold and snowy morning in VT.

Thanks to Sam at Dakin Farm for sponsoring our trip with lots of goodies to munch on throughout the weekend.  Waiting in Chicago we broke out the incredible cheese, beef sausage, maple kabanos, crackers and more.  We also ran into Christine Reaser, an awesome women’s master runner from Maine.  She kindly offered to give us a ride to the hotel once we landed in Seattle instead of us taking a train.  Sounded like a good idea.  Once we landed in Seattle we were joined by Lyman Clark at the airport.  I’m not sure Christine knew what she was getting into when she first offered us a ride.  There were six of us plus Christine.  She was confident that her full size rental would work.  So 7 of us jammed into a Chevy Impala plus luggage that would not all fit in the trunk.  Not a pretty sight!

Friday was an easy day, a morning run with Norm and Kevin touring Seattle, heading down towards the waterfront and the famous Pikes St. area including the throwing fish market.  It was still early so things were quiet at the market.  On our way back to the hotel we found a coffee shop as Norm and Kevin were craving coffee.  I had a great cup of hot chocolate.  After that Norm and Kevin headed back to the hotel but I still needed some more miles and headed this time a little bit north to see other parts of the city.

As usual I have a hard time going to someplace new without exploring and this was no different.  I was in search for the “Needle” and thought I could keep running north to find it but no luck.  Finally I headed back to the hotel but not before stopping in at a waffle shop for some breakfast.  Awesome strawberry topped homemade waffle!  Later that day we took the shuttle over to the race course to pre-run part of the course, which on race day would be a five loop run along a golf course.  And a great sunny day it was which allowed great views all around including the snow capped mountains not far away.

The race was on a golf course, most of the energy we wanted to spread across it was going into the softening ground. By the 5th 2K lap, the course was ragged and muddy on several curves and took down several runners trying to take the tight high line. The 40 degrees was a mist by the time we started. It didn't bother as much as expected, but I also took the precaution of finding a community center down the street in which I laid warm and low until race time. I had planned on sneaking into the enormous VA hospital across the street, but was scared off by the idea of possibly being profiled as a TB patient and then detained.  On the jog to start, I felt like the race season should have ended weeks ago, perhaps in June. Dull, twanging, tight and tired. But damn thankful to be healthy enough to line-up one more Nat time with the VT M50's. I thought of Jim our #2, still injured, and Tony our #3, with us but too injured to go under the gun. Doesn't get better than running free of anything that could stop you. And how great to have both Lyman and Woody step up for the run! So tough.

At the 5K mark, I wondering how I could possibly run that distance again without stopping. By 8K, the run became be a sideways climb into the black hole. Kept repeating Norm's instructions to 'be in the moment' and when any moment sucked too much, I repeated his suggestion to 'embrace the pain'. Finally, it was just shameless pleading to not pass out before crossing the line or be passed by too many M55's.

Didn't pass out but got passed like I was.  My eyes were still crossed 40 minutes later but the lips were no longer purple. I ran 60 secs slower than last year, but so did Norm. But he won the M55 gold and I ended up 12th place in the M55's. Pilla ran fast and faster than last year, Woody chased in Bill Dixon! another reminder that Keith is truly a legend among us Vermonters. Lyman finished his first XC Nats running the critical 5th slot for our injured engine. Tony managed every support detail and I'm sure he ran at least 10K, cheering, reporting and taking pictures. Results.

The best part of the day was joining Pilla and Kasie Enman for a 10 mile run back to the hotel along the shore of Lake Washington. I figured I'd remember better running with two of the world's best, than running ho hum in the nationals. And I was right. By the time we returned to the hotel, we had seen spectacular neighborhoods and houses. The gardens with palm trees reminded us Vermonters that the growing zone in Seattle is the same as their running zone: no ice, no snow, no slow. The downside of the run was the upside: once we turned away from the Lake Washington and headed a straight 3 miles back into the city, the roads became hills. Big ass hills, like running up the length of Main Street in Burlington.  On the second climb, Kasie and I shouldered up together behind Pilla the Goat. Since Kasie was on my shoulder and not with Jack, I was sure she was casting a pity line to drag me up. This really helped, I was feeling the team and after the 3rd hill, she was still there. But when I began to whine against Jack his hill-hell tour, her pity turned off. She started to describe racing up Mt. Washington and began swapping details with Pilla. I folded into a shuffling whimper and she scooted ahead. Alone, things got tougher still. I even tried to regurgitate the Snickers bar I had eaten an hour ago, hoping to recycle some sugar. Looked out for bus stops and started to finger the coins in my pocket. When I began to badger Jack with the question: 'Where the hell is the hotel?”, those two seemed to get a second wind and surged.

Anyhow, the brutal straight line delivered us exactly into the lobby, setting for me a single day record of running a total of 20 miles, 6 of it at race pace. I turned to hug and high-five my mates, but they were heading back out the door, Jack to shop for Tequila and Kasie to put in more miles. So much for my new spot on the mountain running team.

After a little post race celebrating we headed over to the official award ceremony.  The post race awards featured our very own Norm Larson receiving the gold for the 55-59 age group.  Way to go Norm!  And in the end our team ended up 9th out of 17 teams from across the nation.

At the post race party I had a great chat with Max King, the World Mountain Running Champion this year.

Afterwards, the team went for a late night hot tub and swim.  Our big kid, Kevin, was having a little too much fun showing off his breast stroke and scared off some other younger kids.

Special thanks again to Dakin Farm for sponsoring us with fabulous snacks that got us through the entire weekend.  Also thanks to Headsweats for supplying us with the bright red midcap which was perfect for the cool Seattle weather.  It was very easy to spot us running on course chasing Norm.  And thanks to GMAA for helping us out as well.

If you want to see the video of the master's race, click here.

And to the USATFNE Board of Directors,

On behalf of the entire Green Mountain Athletic Association, let us express our sincere appreciation for the USATFNE grant that enabled us to compete in the 2011 USATF National Club Cross Country Championships last weekend in Seattle.

As you know, most running clubs in New England are small, with limited funds to send their athletes to Championship events.  The GMAA is one of those clubs.  Your grant enabled our 50-59 team, (the 2009 National Champions) to represent New England on a national stage.

With each individual member responsible for his own flight, room, meals, entry fee, and ground transportation, your $1,000.00 grant eased the burden on working/training men with families and allowed us to take the trip.

Thank you once again.

Next up for me, who knows?  Will it be the 2nd Annual 24 Hours of Christmas or some other Adventure?  Time will tell. 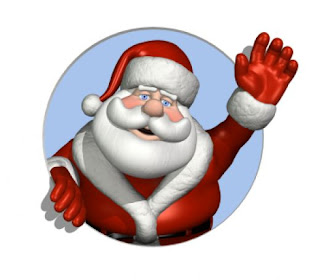