Christmas 2011 and Looking Back at the Year 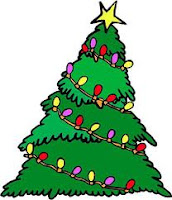 A SPECIAL HOLIDAY BLOG, SO BE PREPARED!

Wow, what a year!  Many ups and downs throughout with lots of new experiences.  Two months ago I thought I would be in a different place.  Well, how things change....again.  Life is full of changes and challenges.  So once again, due to unforeseen circumstances, I'm back running to celebrate this Holy Day of Christmas with plenty of time to reflect on the past year and think about all of those special people, family and friends who have been a great help for me for whatever.  Merry Christmas!! 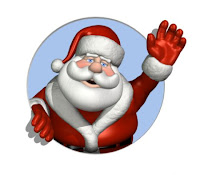 One change on the 24 hour run, since I have signed up to run a 100K two weeks from now I thought it might be a good thing not to run 100+ miles on Christmas.  Instead I've entered The Holiday Marathons in NYC organized by Mike and Mike and will run the marathon plus some more to make it just a 50K or so and then spend time with family in CT.

Just before driving down to CT on Friday I stopped by the post office to get my mail.  On the display board there were sayings from the 1st grade class at CCS.  One of them caught my eye.  It said: 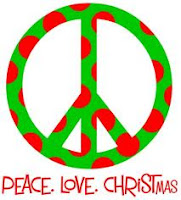 Pretty good for a first grader and great not only for the holidays but all year long.  Too bad adults can't always think this way.  This one's for you Kelly.

Christmas Eve with mom in CT, very nice.  The sun was shining during the day so I got in a pre-dinner easy run on the golf course.  Not always a possibility as usually when there is no snow, they are golfing but not today.  So I got to chase the geese hanging out on the course.  Afterwards, Mom and I had a great Christmas Eve dinner.  We haven't been together on Christmas Eve for 15-20 years??  And since Dad passed away 5 years ago Mom has been on her own.  Myself, the last two Christmas's have been a bust so it was great for mom and I to connect and chat about life over some wine, ending with the traditional Drambuie after hot fudge Sundays.  After dinner I retired to watch one of my all time favorite classics, " A Wonderful Life". 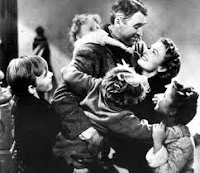 Then is was "The Santa Clause", another movie favorite.  I sometimes wish I could have the job of Santa Claus.  I would do that in a heartbeat!  Then off to bed for some sleep before Santa arrives.

Christmas Marathon/50K Race Report:
Christmas morning, up early and on the road to the Holiday Marathons to be held this year at Tibbetts Brook Park in Yonkers, NY after a waffle and banana breakfast.  Just over an hour drive which isn't bad and sure beats sleeping in the cold at hotel Ford.  I arrived just before 9:00 AM and ran into friend, race director and former pacer for me at the WS 100 years ago, Mike Oliva.  Mike was getting the start area set up and about to head out to mark the course.  The other RD, Mike Arnstein hadn't yet arrived.  There were two trees at the start area designated for gifts.  One was for a grab bag after you were done with your race.  If you brought a gift, you could get one at the end.  The other tree was for Toys for Tots.  It was fun going out Christmas Eve to buy toys for some child who might not have a Christmas.  After the race, the toys were going to be delivered to the children.
The official start of the event wasn't until 11:00 AM but they encouraged runners who were doing the marathon distance or who needed extra time to start early, especially with sunset around 3:30.  Runners had the choice of doing a 1/8 marathon, 1/4 marathon, 1/2 marathon, 3/4 marathon or full marathon.  Each lap was 3.275 miles on a paved rec path which circled around a lake.  So in an effort to get to my sisters for Christmas dinner at a decent hour, I was ready to go by 9:00 AM.  It was still chilly out, maybe 32 degrees but warm enough for shorts and anticipating that the day would warm up.  I wore my custom Headsweats Holiday Mid Cap for the occasion in holiday red with a white pom pom.  I took no water or gels with me to begin with but had a bag at the start area with some basic provisions which is where you would return after each loop.  The first few loops were quiet as not too many runners were out and I enjoyed the scenery.  In the middle of the lake was a huge swan that just swam around.  All the other birds seemed to have great respect for this big bird and stayed out of it's way.  The way the paved path was, there was enough of a dirt shoulder along much of it so I seemed to gravitate to the dirt to make it a bit softer.  By the fourth lap, more runners were out and I could feel my pace picking up and was starting to warm.  Before heading out for loop # 5, I grabbed my water bottle with GU Brew in it and  some electrolyte tabs.  I could already see the salt accumulating on my skin so I started taking the electrolytes just in case, even thought it was still cool out.  I also grabbed one GU gel and on that loop tried to eat in but it was rather cold and stiff and was a challenge to eat.  Usually I put it in my pocket before to warm up but not today.  Lap 5 and 6 were the fastest yet, averaging around a 7:10 pace, not that this was a "race" but more of an event but I felt good just running along.  Also after I started lap 5, the official start began so there were a lot more runners and some fast ones too so that kept me moving along at a good clip.  I was over the 20 mile mark and on lap 7 cruising along again, when I started getting incredibly hungry.  I knew I hadn't had much to eat and should have had more GU's to start but didn't.  Then the energy was being sucked out of me.  It turned out to be one of my slower laps but as I headed to the turnaround, I grabbed a banana which definitively seemed to help matters.  I finished lap 8, the marathon distance at a comfortable 3:13 and only 2 laps to go.  I seemed to focus more on eating at each turnaround and managed to eat a half a banana each time through.

It was fun watching the other runners too with about 450 runners signed up to run on this Christmas Day!  Some in full Santa attire, others with Grinch like green outfits and most in some kind of Santa hat.  All kinds of runners, young and old, fast and slow but they all seemed to be having fun!  By the time I was doing my last lap # 10 it was getting quiet out there again as most had done the shorter distances and were done.  When you did finish, you had to hit the gong with the hammer and Mike was there to supervise.  For finishing each runner was awarded a candy cane, the more laps you did, the bigger the candy cane.  For me, I got the 20" candy cane.  In the end I ran just over a 50K; 32.75 miles averaging a 7:30 pace rather comfortably.  I thought if I could keep it under 8 min. miles it would be good so I figured this was a good trainer for the 100k in two weeks.

More pics of the Christmas Marathon .


After the race it was just over an hour's drive to spend Christmas with my mom and sister and two nieces.  Dinner, more champagne and to end it all watching "National Lampoon's Christmas".  Another one of my movie favorites.


END OF THE YEAR SUMMARY: 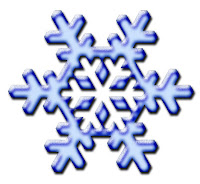 As I end the year, I sit back and think of the year gone by.  It had some great moments and it had some not so good times.  I had a great trip to Europe, my first ever while competing in the Ultra-Trail du Mont-Blanc.  The scenery was like I've never seen before.  That was definitely a high point. Throughout the year I had some good races and some not so good races but it's always a great day on the trails.  Besides my trip to Europe, I traveled around to places like Texas, Virginia, NY and Washington state.  I had some great times running with new and old friends throughout the year and have met some wonderful folks from all around the world.  I had some foot issues mid year that slowed me down and even a DNF at the Finger Lakes 50K, not good, but I was able to work through it with the help of Doc Rinaldi and changed my work schedule and bounced back.  Energy levels were up and down.  So as an experiment this meat and potatoes guy, has now gone without meat for three months.  So far so good.  I changed my residence and purchased some real estate this spring and hope to build a new home on the land this coming year.  I thought I was to be married in October, (a high point) only to find out that the person who I thought I knew for eight years has totally different values and beliefs than me about commitment, honesty, fidelity and trust, values which I believe are key to any successful relationship.  So no marriage.  A sad ending to the year and the end of another chapter of life.  But to finish on a positive note it is a New Year ahead and another chapter begins!  I have a lot to look forward to and a lot of great friends to be thankful for :)  Now it's time to plan out the race schedule for 2012.  So far on the horizon, it's the Bandera 100K in two weeks in Texas and the MMT 100 in Virginia in May.  The rest of the schedule to be determined.  Just last week I did receive my new passport, so who knows where in the world I may end up :)

A little Karma to end the year and to start the new year with, one of my favorites.  (I have one of these happy Buddhas and rub his belly at least once a day):

The decisions you make and the way you treat people will someday come back to stare you in the face.  If you are good and kind to people they will treat you kind. If you are cruel to people and make bad decisions then life will not be so kind to you.

Happy New Year to All !!


And remember "Impossible is Nothing!"
Posted by Unknown at 11:34 PM

Hey Jack. It was good meeting with you and chatting about your UTMB adventure's in the tent after Bandera (I was sitting next to Liza in the black hat). Good luck this year, and I'll let you know if I ever make it to run VT100.

I had a great time hanging out with you guys. Thanks for all the southern hospitality! Looking forward to seeing you in VT some day!
Happy Trials,
Jack